Click on the links below to get information about different area school systems. 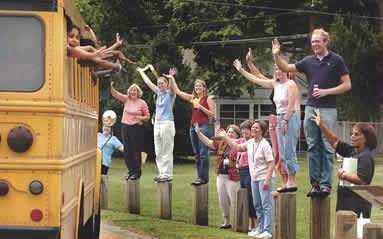 Learning about schools is at the top of most newcomers lists. Families new to the Charlotte area will find a wealth of educational opportunities here, including public, private, parochial and charter schools.

The Charlotte regions public school systems offer solid, broad programs that meet the needs of a wide range of students, from special needs to academically gifted, college prep to technical. North Carolina has traditionally encouraged consolidation of public systems so that many counties have a single school system. While many systems have consolidated, some remain fiercely independent, such as Mooresville Graded School District in southern Iredell County. York County in South Carolina also has four public school systems, each with its own distinct qualities.

The largest public school system in the Carolinas is Charlotte-Mecklenburg Schools (CMS). This system is 22nd-largest in the nation, with over 140,000 students enrolled in 160 schools.
The issue of pupil assignment is a large one in the CMS system. From the early 1970s until spring 2002, Charlotte-Mecklenburg Schools operated under a federal court desegregation order that placed emphasis on assigning pupils to schools to achieve a balanced racial mix. That court order has now ended and Charlotte-Mecklenburg has a new assignment plan that offers a K-12 feeder system, choice opportunities, stability, guaranteed school assignment and diversity through choice by letting parents decide which school is right for their child. For complete details on the current assignment plan, check the CMS website at www.cms.k12.nc.us. 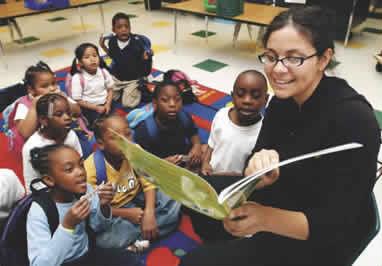 CMS will continue to provide top-rated educational opportunities such as the Bright Beginnings program. This program offers a literacy-rich curriculum to 4-year-olds who might otherwise start kindergarten already behind other students. The program has proven its worth by preparing students to be on par with or ahead of their peers as they begin elementary school.
CMS features an innovative magnet school program that provides opportunities for students to pursue specific interests in their education. Fourteen magnet programs in 50 schools focus on such subjects as foreign language immersion; communication arts; math, science and technology; visual and performing arts; and accelerated learning.

The CMS system is rightly proud of its steadily improving performance in such areas as Advanced Placement, International Baccalaureate and end-of-grade tests.

CMS participates in the states ABCs of Public Education Accountability Program, which establishes standards for performance and improvement for every public school and then assesses the school using results on end-of-grade tests. The program ensures that schools are meeting the educational standards set up by the state and rewards schools that exceed their goals. Check the North Carolina Department of Public Instructions Web site at www.ncpublicschools.org for details on the ABCs at the schools you're considering.

A common theme among all Charlotte-region schools is growth. The tremendous increase in population is causing a surge in school enrollment, often putting classroom space, money and resources at a premium. Throughout this area, public and private schools are studying projections for growth and considering options to meet the demand for school services. As you check out the schools you're considering, you'll certainly see plenty of new construction and expansion projects under way, as well as plenty of mobile classrooms. A new elementary school, Flat Branch, opened for the 2007-2008 school year along with two specialty schools. Eight Plus is designed to help struggling eighth-graders transition into high school, and Cato Middle College is for high school students who wish to accelerate their academic instruction. CMS is also making major administrative changes under a new plan that divides the area into six sub-districts.

Charter Schools
Charter schools are another education option in the Charlotte region. Charter schools, which originated in Minnesota in the early 1990s, are independently operated public schools designed to serve as laboratories for innovation in education. Created and run by parents, teachers and/or community leaders, charter schools receive the same per-pupil funding as other public schools. However, they can spend the money and operate with fewer restrictions and government rules.

The N.C. Board of Education must approve charter schools before they can begin operation. In addition, these schools must undergo periodic reviews to determine that theyre meeting regulations and standards. There are 11 charter schools in Mecklenburg County, two in Gaston County, four in Iredell County, one in Union County, one in York County and one in Cabarrus County. 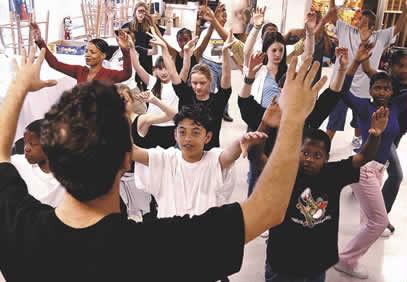 The Charlotte region also has a wealth of independent secular and religious private schools. Some large, well-established schools have huge campuses; others are small and new. There's even a parochial school system, Mecklenburg Area Catholic Schools, which encompasses the county's eight parochial schools (but not the Catholic schools in Gastonia and Rock Hill).
You'll find a range of educational offerings, including innovative programs, special classes for students with learning disabilities, religious training and character-building. Because each private school has its own distinct philosophy and approach to learning, you'll want to research schools, talk to parents and take a tour.


Great Schools
A great site in which you can research and compare schools.